The roses are still opulent in their autumn cloak of mellow yellow and rich red. We will have them for another week or two until we start seriously pruning and cutting back at the beginning of November. The last few weeks have been dazzling. While we had August in April and December in August the sliding axis seems tohave levelled a bit during October and the days have been warm and golden.
We are moving bushes around now. Bringing some out from the greenhouse into the show beds, where the frosts of last winter turned them into killing fields.

On the fields themselves we will tighten up the design and fill in where there were gaps. The roses being moved from the Glass House don’t get fiercely pruned until they have settled into their new beds. The earth is prepared with microryzal and all sorts of ancient wizardry including home-grown chicken manure.

Paula Pryke has been down to collect roses and work her particular magic with them, this time at a local flower club. We are going to have some special offer bouquets, designed by Paula, using our roses, for as long as possible this year (another week or two) and starting again in late Spring when they will go onto her website and ours, so look out for a treat!
On the subject of Special Offers, I have another announcement!

End of Season discounted roses – we still have so many and they look and smell so beautiful I thought I would offer them at half price for these last days of the season – so if you want something very special, a bunch or box of mixed roses (trust us on colour and we will send the best of what we have) do let us know and you willhave the last of the summer treasures at half their summer cost. 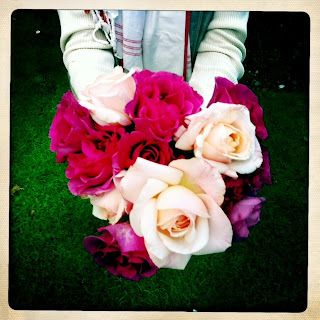 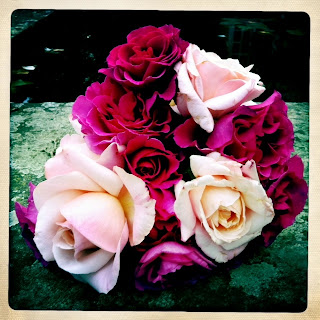 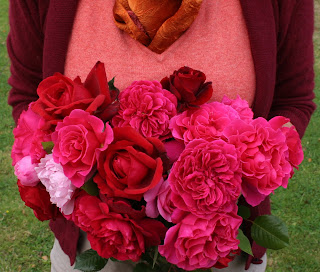 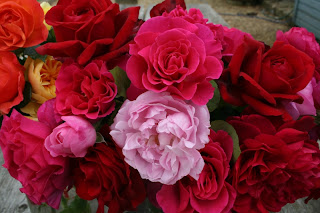 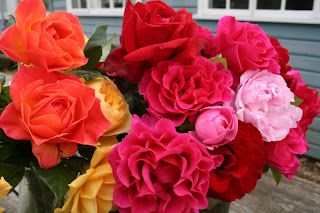 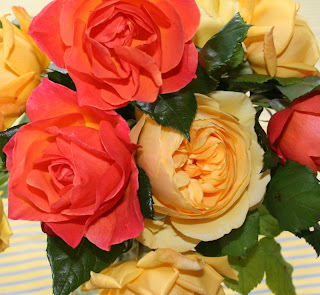 Posted by Danaë's Country Roses at 02:37